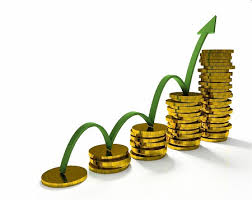 As fewer and fewer Americans are able to achieve the dream of owning their home or starting their own business, their tax dollars are going to newly-arrived refugees, many of them unvetted for ties to terrorism, who may be coming America for the economic benefits, rather than to escape the chaos in the Middle East.

The International Rescue Committee (IRC), which provides refugees with start-up loans for new businesses, has announced that it will be expanding its microloan program now that it has been accredited by the United States Department of the Treasury.

« How to Monetize a Website with Affiliate Products
PayPal Pays Out $1 Billion in Small Business Loans »
Find out how much your business can qualify to receive today!


We make it simple, so you can get back to running your organization.

Because there’s more to your business than a credit score.

Decisions in minutes, funding in as fast as 24 hours.